The Video above reveals a world religion that will blow your mind. It is long,  but worth your time.  Controlling the world was a planned event in plain site for all eyes to see.  On October 18, 2019 by invitation-only, nearly 130 people attended the exercise known as Event 201. The event was a livestreams available to everyone. Video coverage is available here.

The Event 201 pandemic exercise demonstrated a number of what they believed was important gaps in pandemic preparedness as well as some of the elements of the solutions between the public and private sectors that will be needed to fill them. The Johns Hopkins Center for Health Security, World Economic Forum, and Bill & Melinda Gates Foundation jointly propose these recommendations that should bring concern to everyone that is not part of the Secret World Religion.

This was their plan to Control The Whole World.  Please do your own research and double check everything. Accept nothing as the truth and realize the truth is hard to find because much has been censored .  That is the only way to truly wake up and become an independent thinker.

(5) Jesus said, “Recognize what is in your sight, and that which is hidden from you will become plain to you . For there is nothing hidden which will not become manifest.” Gospel of Thomas

Revelation 18:23 : All nations were deceived by sorcery. (In Greek, sorcery = pharmakeia – the administer of drugs) 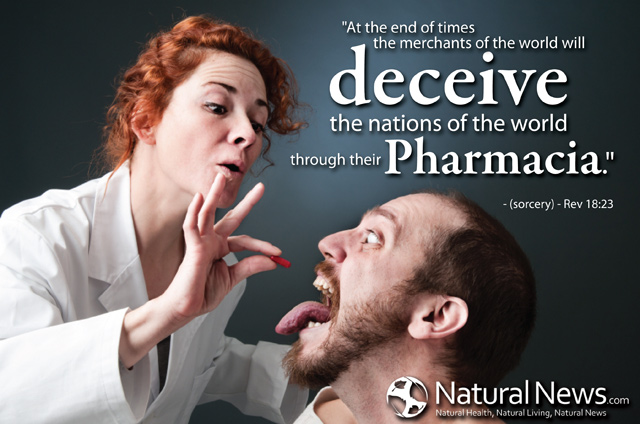 34.13 Questioner: What is the general overall effect of television on our society with respect to this catalyst?

Ra: I am Ra. Without ignoring the green-ray attempts of many to communicate via this medium such information, truth, and beauty as may be helpful, we must suggest that the sum effect of this gadget is that of distraction and sleep.  Law of One