How I Reversed an Autoimmune Disease (Part 2)

In part one, I shared the story of how I nearly died from an advanced stage of an autoimmune disease and how I achieved “remission” by creating a healing road map that addressed the physical triggers involved with disease formation. Now I’d like to share how I moved out of remission and into a space where complete healing exists.

This journey begins with perception.

How you think about disease determines whether you fully heal, stay sick, or remain stuck in remission. That may sound odd, especially coming from a doctor such as myself. However, science supports the claim that your perception creates your reality. For example, people have healed from diseases such as cancer, irritable bowel syndrome, and migraines after consuming a sugar pill because they thought they were receiving a remedy and they believed the pill would heal them. But it was their belief that actually did the healing. This is known as the placebo effect.

The corollary to the placebo effect is the nocebo effect, which is a belief that you should be sick or are going to get sick, and so you become sick. A documented example of the nocebo effect is The Framingham Heart Study, which is the most comprehensive and influential investigation into heart disease in history. It established traditional risk factors for heart disease, such as high blood pressure and diabetes, and it analyzed women with similar risk factors. In theory, since they all had similar risk factors, all the women should have developed heart disease in similar numbers. But that’s not what happened.

This power of perception played a critical role in my story. Many people would view my remission from serious autoimmune disease as a good thing. And in fact, remission is usually the goal when you have an autoimmune disease, because it’s often believed these diseases can’t be cured. But what is “remission”?

According to The National Cancer Institute, complete remission means “all signs and symptoms of cancer have disappeared, although cancer still may be in the body.” So, does remission mean you’re healed? No.

Furthermore, the dictionary defines remission as a “temporary recovery” or “to abate symptoms for a period” of time. That’s exactly what I experienced. Once the physical triggers were addressed, such as food sensitivities, nutrient deficiencies, and heavy metal toxicity, I went into remission. I no longer had physical symptoms of the autoimmune disease, but the disease could come back; I would experience a “flare-up.”

For example, if I ate too much sugar, even if it was fruit, I felt pain in my right forearm. That was my unique indicator that I was inflamed and needed to make changes or the disease could return.

I decided I didn’t want to remain stuck in remission, only keeping the symptoms at bay, waiting for the disease to come back if I ate the wrong food or stressed too much.

Consequently, I changed my perception. Instead of rejoicing that I had achieved remission, I chose to believe that remission doesn’t exist. In a sense, remission is the belief that your disease is still with you, waiting.

Remission is a limiting belief that is overwhelmingly embraced by our culture. As a limiting belief, it can prevent you from achieving complete healing, largely by keeping you stuck in a space of fear—afraid that if you don’t behave in a specific way, the disease will come back. It sustains the nocebo, you could say.

I wanted to be fully healed and not stuck in fear. So I decided not to settle for remission and continued searching for answers.

I soon realized that in order to fully heal from a disease, you have to address the root cause. But the root cause of disease often doesn’t exist on the physical level. For instance, Western medicine acknowledges that roughly 90 percent of all disease is either caused by or related to stress. Have you ever heard the phrase “stress kills?”

When you’re stressed, physically, mentally, or emotionally, your sympathetic nervous system is activated, which causes a release of adrenaline, cortisol, and other biochemicals that are designed to get you out of a stressful situation: to fight or run away.

This fight-or-flight mechanism is a fantastic tool that can save your life in an acutely stressful situation. However, most of us spend roughly 70 percent of our day in fight-or-flight, which can lead to disease. For instance, chronically elevated levels of cortisol can contribute to obesity, diabetes, and chronic fatigue. In each of these examples, what was it that caused the disease—elevated levels of cortisol, or chronic stress?

Cortisol is not the root cause; it is simply the physical manifestation of the underlying root problem—stress. We instinctively know this to be true. It’s why we practice stress management and why we feel better when we “escape” the daily grind while on vacation. Yet most of us continue to look for physical answers to our seemingly physical problems, including chronic and autoimmune diseases. That’s why practitioners who only address the physical realm are only able to help their patients achieve remission, as opposed to achieving complete reversal of disease.

In order to fully heal myself, I realized I had to address the root cause, which exists on the emotional or energetic level. Forgiveness, in particular, is essential for reversing disease, as well as maintaining optimal health.

For example, the medical literature contains numerous examples of diseases, including cancer, that have spontaneously reversed after an act of forgiveness. Consequently, I began the process of forgiving everyone, including myself—which was the hardest.

I know from research studies that childhood traumas are the most overlooked risk factor for disease, so I began my journey by recalling every unsettling event from that season of my life.

One by one, I forgave each person.

Some were easy to forgive. Consequently, I was able to transmute the associated emotions quickly. However, some were challenging and took more time.

For instance, my stepfather molested me for eight years. That childhood trauma left a deep wound that I had adopted as part of my identity. Consequently, forgiving him came in stages. I would forgive and then, days or weeks later, a deeper level of forgiveness presented itself and I worked through the process of forgiving all over again. Eventually I was able to completely forgive him and transmute all of the associated emotions.

The beauty of forgiveness is that you don’t have to confront the person, because forgiveness is not about the other person; it’s about you deciding not to carry the burden any longer. Consequently, I wrote a letter to my stepfather. I never mailed it; I didn’t have to.

In the letter, I wrote everything I ever wanted to say to him. I didn’t hold back; I used every hateful word that came to mind. I dumped all of the negative, toxic energy into the letter. In doing so, I gave the toxic energy back.

After I finished venting, I said these words out loud: “I refuse to carry your toxic energy any longer. I command every last ounce of toxic energy to leave my body immediately. I release you and I set you free. Right here, right now, I set myself free.”

Then, I took a deep breath and exhaled all of the toxins. I visualized the toxins moving out of my body and being released into the air through my mouth as I exhaled. They were no longer a part of my body or my identity.

Remarkably, once I completely forgave my stepfather, I realized that the door to love is opened through forgiveness. It’s difficult to love yourself or others when you’re trapped in a space of fear or anger. Consequently, holding onto those negative emotions prevents you from complete healing.

But when you release those emotions, it makes room for love, gratitude, and peace, which ultimately brings a deeper level of healing.

Forgiveness has such a profound impact on your biology that it has become part of my daily wellness routine, right alongside eating clean food and drinking clean water.

My healing from the autoimmune disease was complete once I took full responsibility for my health, including changing my diet, lifestyle, and perspective, as well as practicing forgiveness.

The “flare-ups” disappeared, and the autoimmune disease became a distant memory of a person I no longer was. Additionally, my energy level has increased so dramatically that, at times, my children can’t keep up with me!

Looking back, I was never surprised that the disease was gone; I always believed that complete healing was possible. But I was surprised at how free I felt. I reached a level of mental, emotional, spiritual, and physical freedom that I never imagined possible.

And, with that freedom came immense joy—the type of joy you hear in a baby’s laugh or see on a child’s face on Christmas morning.

I owe it all to God; He gave me a second chance at life and happiness. Many people are searching for their second chance, too. They might not know what that path looks like, just like I didn’t. But I hope they know the power to heal themselves—physically, mentally, emotionally, and spiritually—is inside of them. And we all deserve a second chance.

Dr. Sina McCullough is the creator of GO WILD: How I Reverse Chronic & Autoimmune Disease, and author of “Hands Off My Food!: How Government and Industry Have Corrupted Our Food and Easy Ways to Fight Back” and “Beyond Labels: A Doctor and a Farmer Conquer Food Confusion One Bite at a Time.” She holds a doctorate in nutrition from the University of California–Davis. She’s a master herbalist, Gluten Free Society certified practitioner, and homeschool mom of three. “The man who sees me in everything
and everything within me
will not be lost to me, nor
will I ever be lost to him.

He who is rooted in oneness
realizes that I am
in every being; wherever
he goes, he remains in me.

When he sees all being as equal
in suffering or in joy
because they are like himself,
that man has grown perfect in yoga.” 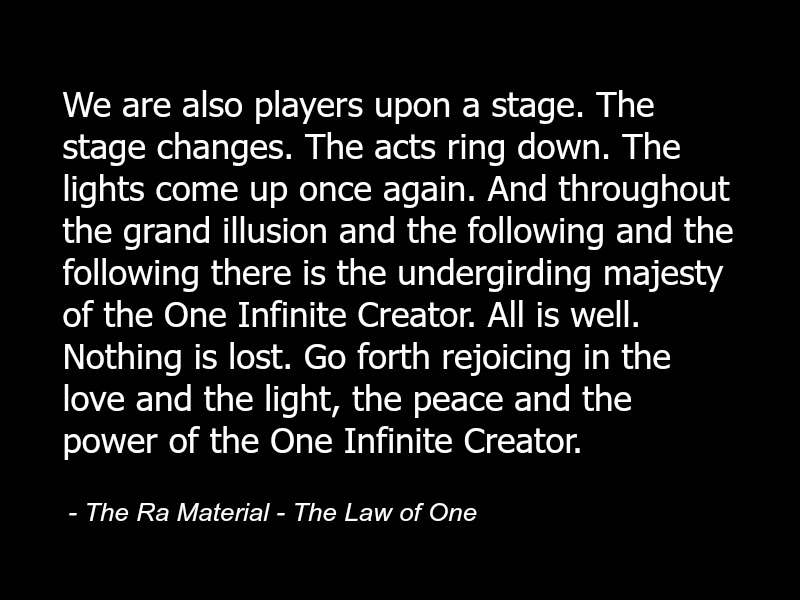