Bombshell Report: 90% of Positive COVID-19 Tests Should Be Negative

Is This Real? New Evidence Shows That Total Us Death Toll in 2020 No Different Than Other Years

While the Democrats are still looking to keep everything closed down in the meantime, GOP members who are actually taking a closer look at new 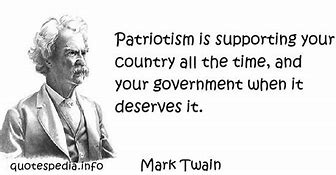 studies believe that this is not a sound course of action. A recent study from Johns Hopkins University showed that the United States death toll is not much different from recent years.

Additional studies have also surfaced that make similar claims. Of course, the original Johns Hopkins study was taken down as soon as the liberals caught wind of it. The university could not allow the study to stand for even a second. When the study was taken down, they passed the buck to the WHO and the CDC.

This does not make much sense when we already know that the information on hand is nonsense. The WHO and the CDC have been misleading people throughout the duration of the pandemic. Once everyone had the chance to learn about the WHO’s garbage data, they should have been willing to move on.nstead, there are still people out there who are willing to listen to whatever these organizations have to say. The CDC has yet to be fully forthcoming about their data, too. So why should anyone be ready to ignore additional data that has been provided by organizations that are not looking to advance a political agenda?

That’s where we get lost. We would think that Americans would be relieved to learn that the death toll is not as high as they would like to think that it is. This is not what people want, though. It’s like everyone has resigned themselves to living in fear until the vaccines have arrived. COVID-19 reporting has been based in this type of fear from the very beginning.

The Gateway Pundit has also conducted its own study on the matter, which aligns with the findings from the Johns Hopkins study. It is hard to reconcile the figures in the United States and around the world because so many places have their own standards for what constitutes a COVID-19 related death. That doesn’t stop the liberal media from trying to downplay the very real studies from Johns Hopkins and Gateway Pundit.

The mainstream media and Big Pharma are not interested in discussing these numbers because they do not align with the narrative that they have chosen. United States medical professionals and the Chinese may want everyone to think that the world is coming to an end but that’s not the case. As it turns out, a lot of the worries about a significantly increased death toll

That’s what we have been trying to say all year but the message seems to have fallen on deaf ears. The liberals are currently doing everything in their power to cancel Christmas. The days of people being willing to study and report on the truth have come and gone. It’s all about bending the information to fit whatever narrative has already been established and little more. At the risk of sounding too much like an old episode of X-Files, the truth is still out there.

We just need brave patriots who are willing to find it and report on it, like the good old days. What happened to being ready to report on things, even when they do not align with your chosen worldview? 2020 has been a long year, especially from a reporting standpoint. Americans cannot trust anything that they are being told anymore and yet people have the nerve to wonder why ‘fake news’ claims are at an all-time high.

More lies by the media found at this link