This global pandemic caused by COVID-19 has been a life transformation for millions of people in an unimaginable ways. The changes have been taking place so rapidly that majority of the world’s population was caught off guard and still trying to adapt and accept this new reality. Many are

seeking the truth regardless of endless censoring with MSM and Social Media. Many are hoping the pandemic will end soon so life can get back to normal.

This global crises has reminded us that we are all fragile and susceptible to getting sick and even dying suddenly. For the first time humanity stopped dead in it’s tracks by a small

virus, a microorganism that we cannot even see. It completely alter our  routines and destroy our future plans based on fear and the chance of death that is less than one percent.

From birth, our minds have been plagued and even programmed by outside influences. These influences have shaped our reality regardless of how much we try to avoid it. Social influence takes a number of forms. mainstream and social media, government officials, education systems, the medical community, religion and especially the pharmaceutical industry. One type of such influence is conformity, when a person adopts the opinions or behaviors of others such as, to take or not take the vaccine. One side pushes to change what the other side believes much like opposing forces, yin and yang.

Ours may become the first civilization destroyed, not by the power of our enemies, but by the ignorance of our teachers and the dangerous nonsense they are teaching our children. In an age of artificial intelligence, they are creating artificial stupidity. Thomas Sowell

These influences, bought and paid for by the Global Elites, have reached a new level by successfully planting and passing the perceptions and narrative as absolute truth by censoring different and opposing opinions. John Milton said in Areopagitica 1644 “Give me the liberty to know, to utter, and to argue freely according to conscience, above all liberties.” The influencers are taking that away.

The influencers have divided and conquered by keeping the people separate  and distracted. They keep up the necessary illusions by keeping the masses fed on lies, half-truths and illusions which rationalize and support the global elite agenda. They have inserted the belief in the people that the ruling elite are great liberators from the killer virus and all it’s variants, their only salvation from certain doom, the new world order.

Consider, we are in psychological war, the spiritual battle for your heart, mind and soul, the greatest spiritual battle known to man. The metaphysical and and physicals worlds cannot be separated and we are part of it, each with free will to decide, freedom or slavery.

Our power is within each of us but has been dormant. We have been  influenced to believe we are from the the material world and not the metaphysical. Science now teaches how our thoughts, emotions and actions help create our reality. We have the divine gift of discernment, the act or

process of exhibiting keen insight and good judgment. In its broadest sense, discernment is closely related to wisdom as an expression of God. Discernment alone can bring about a sense of balance between the metaphysical and material worlds.

In my humble opinion, we are at a point in human history; united we stand for freedom, divided we fall in slavery. It is time for all people to unite regardless of diversity; any other form of unity will not last, but will

It is time to get the courage to confront them directly. Speak the truth and expose lies. It is true that the truth shall set you free. Cutting through lies and illusions is the central revolutionary task of liberation.

We can individually and also collectively, both materially and psychologically, uplift, inspire and empower the people. Above all, awaken people to their fundamental unity, and to their power.

There is a Universal Consciousness, an Infinite Intelligence available to all. When the power of the many is unleashed, there will be a liberation of the world that we have never seen. Our individual mind power is all that’s required to create and experience a kind and quality of life that we desire. The only requirement is to become keenly and consciously aware of the Infinite Intelligence and make a conscious and intentional choice to discover how to utilize the limitless creative power. It is available to  you, me and everyone else on this planet and we can use it in a way that harmonizes with whatever visions, hopes, dreams and desires you hold for yourself.

This is how to achieve a greater equality, justice, freedom and peace, in order to secure real freedom; and most urgently, to secure a viable future for humanity on this Earth. It is not only our destiny,  but our duty.

BREAKING: Dr. Ryan Cole, Idaho pathologist and owner and operator of a diagnostics lab, reports a ‘20 times increase’ of cancer in vaccinated patients 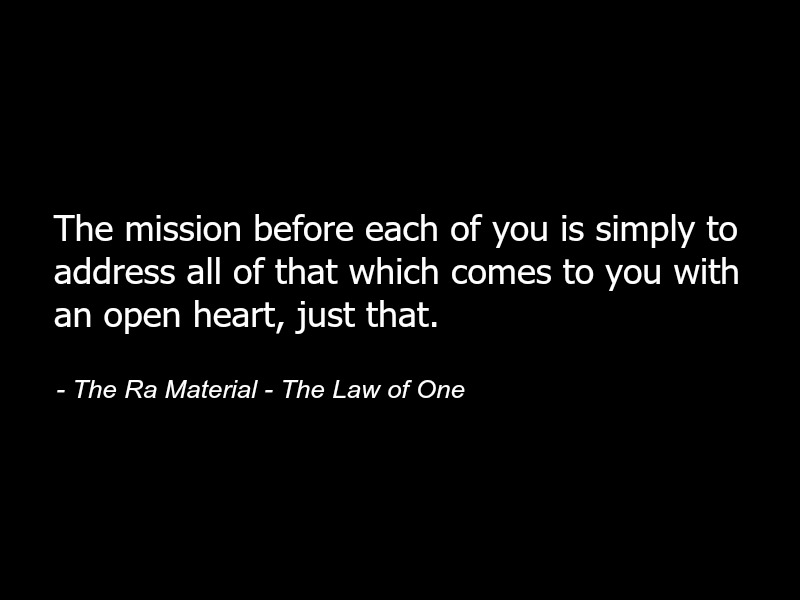 The Law of One