We are living in a time when the world is experiencing  a spiritual awakening and evolution. All of us are receiving thoughts and messages    streaming’s from Infinite 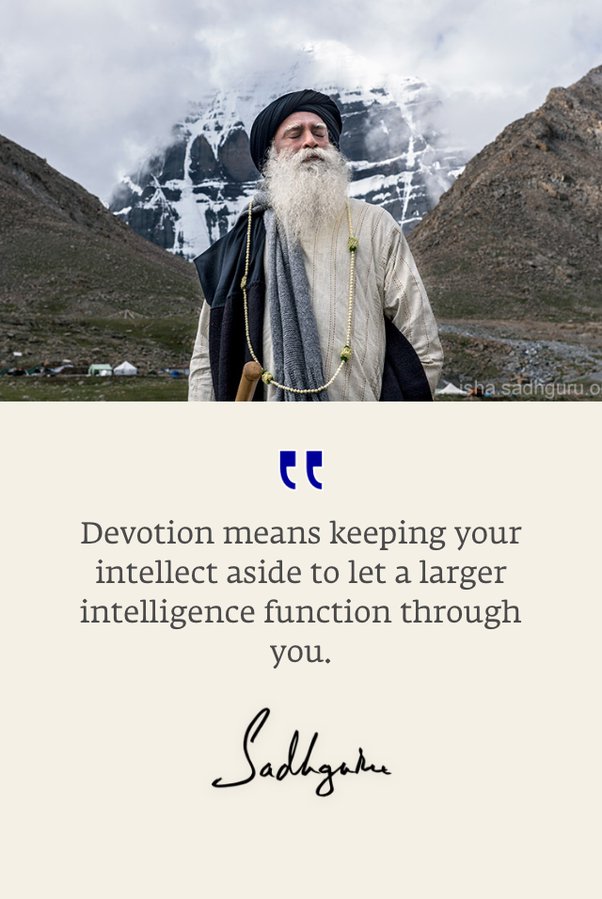 Intelligence through our guardian angels or spirit guides. We are here  to learn understand our true selves, to learn how to  balance love and wisdom and use our body in its natural function.

Universal Intelligence, our Creator also known as God, connects us all. Science may call it a quantum or biofield, described as “a field of energy and information. According to science the properties of the field could be based on electromagnetic fields, coherent states, biophotons, quantum and quantum-like processes. The former Dr. Valerie V. Hunt, scientist, author, lecturer and Professor Emeritus of Physiological Science at the University of California confirmed electromagnetic energy is the most plentiful constant energy of

our universe. Science also tells us that our heart electromagnetic energy field can be detected and measured several feet from the body and is 100 time stronger than the field of our brains.

The Abrahamic religions, Christians, Jews and Islam may refer to this quantum or biofield as the Holy Spirit while while Taoist refer to chi or qi and the Dao or the way. Hindu refer to prana and chakras while the Buddha included prana under a different name, one that is also used in yoga. The word is virya, meaning vitality, or life energy.

Consider all the different labels of this biofield by science and some of the religious belief the same.   When are energic beings that do not realize we are co-creators of our reality based on our thoughts, emotions and actions. Look at the world around us. We do not even realize how powerful we are because we do not know our true selves.

We know how our body is affected by bacteria, viruses and an array of toxins from our our foods, medications  and environment. Our bodies suffer from pain that needs physical healing and the first place we go is to the doctor and get medication, instead of looking to natural cures such as food, herbs and spices. Our minds are susceptible to infection by fear, worries, anger, greed, selfishness, jealousy just to name of few, which requires mental healing that is fueled by Mainstream Media through many sources. That is  Our spirit is haunted by the disease of forgetting our true nature which cause man to forget their perfect divine nature and focus on the physical world. Ignorance creates imbalances between body, mind and spirit.

So how do we heal?  There is the still, small voice within each of us that knows the answer to our questions. Perhaps now more than anytime in history is the time  to be aware, listen and  evaluate the polarity, positive or negative, and use Love as your benchmark.

The world is not as it seems more now than ever before. There is a spiritual awakening happening and we can feel it. It does not matter if your Jewish, Christian, Muslim, Hindi, Daoist or any other religion, there is one belief all can agree. There is,  as the American Indian would say, One Great Spirit,  in all places at all times.   This spiritual awakening is about our transformation from the material world to the spiritual. As we come to understand the world around us, the things in plane sight, the more we grow closer to that divinity within ourselves.

Our transformation is levels of understanding.  The more we trust  the Great Spirit,  the more we grow, we begin to see life from a “higher” perspective.

As the fear and anger disappear, it is replaced by compassion and love. We even have gratitude and appreciation in our hearts for the opportunity to experience what is unfolding before our eyes.  This is our time to grow. When we all wake up, we will realize we all are truly One in Spirit, no separation, all part of the One Great Spirit.

Avoid the risks associated with sleep medications carrying “black box warnings” of harm (including death). Nature has several effective sleep aids ready to ease your tossing and turning and escort you gently into dreamland.

Sleep is as individualized as it is essential to your health. Whether you generally fall asleep easily or are more of an insomniac, it’s good to have a few tried and true sleep aids on hand that are gentle, effective and, most importantly, non-habit-forming. You never know when jet lag, stress, or an irregular period in your life may have you counting sheep and praying for sleep.

Despite their potential negative health impacts, drugs for sleep disorders are among the most often prescribed medications. While there may be certain situations when such drugs are required, for most people they should be a last resort after exhausting safer options, such as better sleep hygiene. When you do need occasional sleep support, nature’s top sleep aids are safe, soothing and, unlike many insomnia medications, won’t leave you chemically addicted and feeling strung out in the morning.

A natural hormone associated with the sleep-wake cycle, melatonin is released by the pineal gland in the brain during evening hours, dropping in production when the sun rises. When the body’s natural timeclock, your circadian rhythm, is disrupted by things such as shift work, stress, or exposure to blue light from screens, melatonin levels can become depleted. During such times, supplementing with melatonin may be a safe way to restore your natural balance.

Experts suggest using supplemental melatonin in harmony with natural practices, like taking it one to two hours before you want to fall asleep or around sundown. Stop using screens (this includes your phone) and dim the lights in your home. If you must watch TV at night, be sure you are at least six feet away from the screen.

You can further enhance the effectiveness of melatonin by getting exposure to natural daylight during the morning and afternoon hours. If you can’t be outside, sit by a well-lit window to stimulate production of your natural melatonin as the daylight fades.

Exposure to sunlight is not only essential for maintaining a healthy circadian rhythm, it’s a primary source for photosynthesis of vitamin D’s precursor: previtamin D3. There are more than 1,000 known genetic processes that are regulated by vitamin D3, making adequate intake of this vitamin essential for your body and your sleep.

There are two ways to get the right amount of vitamin D: proper diet/supplementation and adequate sunlight exposure. In addition to daylight outdoor activity, adding foods such as pastured eggs and fatty fish, and if necessary, a vitamin D3 supplement, to your diet several times weekly will ensure that you are getting optimum vitamin D to support quality sleep each night.

Passion vines produce passion flowers—a lovely addition to any garden. Did you know that the passion flower is also a treatment for insomnia? If you can’t avail yourself to passion flowers with a sunny stroll through a garden, you can enjoy the sleep-inducing benefits of Passiflora incarnata in supplement form and possibly kiss your sleepless nights goodbye.

A 2017 study of the effect of the medicinal plant Passifloraceae on sleep showed that extracts of the plant, when administered via injection, induced a significant increase in sleep time in rats. More time was spent in “slow wave” or phase 3 sleep, the deepest phase of non-rapid eye movement sleep characterized by delta brainwaves. Interestingly, this is the phase of sleep when dreams occur and is also important for consolidating memories.

There is no scent so instantly relaxing as fresh lavender flowers. Lavender has been used as a sleep aid since ancient times. Adding lavender essential oil to a spray bottle with distilled water to spritz your pillows before bed is a modern and convenient equivalent to the herb-stuffed pillows of the past. Similarly, a bedside atomizer can help soothe dry sinus passages while you sleep, adding humidity to the air, which aids breathing.

Beyond adding a fresh scent to your sheets, lavender can help smooth out the wrinkles in your sleep routine. Research has shown that lavender oil can increase your quality of sleep and may have the added effect of reducing anxiety. Another study found that aromatherapy using lavender increased both sleep quality and quality of life in women experiencing sleep deprivation in connection with menopause.

Valerian root is known for being the inspiration for the anti-anxiety drug Valium. So, it’s no surprise that this botanical is valued for its calming, sleep-inducing effects.

Valerian is the most widely studied herb for sleepand is generally recognized as safe (GRAS) by the U.S. Food and Drug Administration (FDA).

The plant, Valeriana officinalis, is a popular herb that grows in many parts of the world. Both the mineral-rich leaves and the rhizome (rootstalk) have been used in herbal remedies for hundreds of years. Most commonly used as a relaxant, a warm cup of valerian tea may be just what the doctor ordered for a night of sound sleep.

In a study of 918 children under 12 years of age experiencing restlessness and nervous dyskoimesis (tics and involuntary movements), 81 percent of patients had a “distinct and convincing reduction in severity … for all symptoms” when dosed with a homeopathic remedy combining lemon balm and valerian root extract.

Children’s symptoms previously described as “moderate/severe” by parents and clinicians improved to “mild” or “absent” in most patients. Researchers concluded that the herbal remedy was effective at treating restlessness in children and was very well tolerated.

One of the easiest and most enjoyable ways to use valerian is in a bedtime tea, which can be made by simmering the root or, for a slightly milder effect, decocting the dried leaves in water just off a boil.

Cannabis is slowly being integrated into the legal pharmacopeia in the United States, but this plant has a history as an herbal remedy that spans millennia. Upon ingestion, active phytochemical compounds in cannabis called cannabinoids bind with receptor sites in the brain to deliver a host of therapeutic effects. One such effect can be deep relaxation and—yes—better sleep.

A 2017 study seeking to summarize the state of research on cannabis and sleep, including specific sleep disorders, found that the cannabinoid cannabidiol (CBD) may have therapeutic potential for the treatment of insomnia. Another known cannabinoid, tetrahydrocannabinol (THC), was found to decrease the length of time it takes to fall asleep (sleep latency), although it demonstrated the potential to impair sleep quality in the long-term.

Is there anything more soothing than a warm cup of chamomile tea when you’re winding down? There is a reason that chamomile has become synonymous with sleepiness; this is one superstition that really rings true.

Nature has infinite intelligence and sleep will find a way, especially if you provide gentle, plant-based support in measured doses. Remember, everyone experiences occasional sleeplessness. It’s safest to avoid sleep drugs with black box warnings about death from sleepwalking, sleep driving, and other unconscious activities associated with these medications.

WARNING: Always consult a medical herbalist or your health care practitioner when using both natural and pharmaceutical medicines for any diagnosed condition. This article is for informational purposes only and isn’t intended to be used as medical advice.

GreenMedInfo
The GMI Research Group is dedicated to investigating the most important health and environmental issues of the day. Special emphasis will be placed on environmental health. Our focused and deep research will explore the many ways in which the present condition of the human body directly reflects the true state of the ambient environment. This work is reproduced and distributed with the permission of GreenMedInfo LLC. Sign up for their newsletter at http://www.GreenmedInfo.health