Understand that Mainstream Media is OWNED – the Press has been leveraged to perpetuate a manipulative narrative to keep We The People in the dark and psychologically placated for a century. They will never “connect the dots” for you with the facts or the truth.

This is the brilliance of a PsyOp named Q. The gradual wake from sleep, a cognitive re-introduction to the truth, and a choice of where you stand when the lies no longer hold psychological power over you.

Q was call to action of We The People – not one of violence of action, we have a dedicated fighting force that’s constitutionally sanctioned for that, and their leadership’s commissioned oath is to “support and defend the CONSTITUTION of the United States against all enemies, foreign and domestic.” Not Congress. Not corporate CEOs. Not the President… the Constitution.

But your call to action is to WAKE UP from the narrative that’s being shoved down your throat by the corrupt Press, MSM, corporate leadership and silver-tongued politicians. Wake up to your Constitutional sovereignty, because they are only Public servants.

Your call to action is to take it upon yourself to self-educate, and understand your Constitutional rights, the true principles of Economics and government financial data, Civics, and the historical ideology of Liberty instead of the watered down collectivist ideology of “social justice & environmental action” overly perpetuated by our castrated and manipulative public education policies.

Your call to action is to form trusted, Patriotic communities who protect each other, live by the Constitution, relentlessly seek the truth, and work

together to solve local, State, and National problems. It’s about unity and resilience TOGETHER in the months ahead.

Because believe me when I say, the resilient future of America, and the industrial revolution of our future – one that’s not bound to the corrupt Petrodollar and iterative Wars of the Steel Cycle, is absolutely worth every inconvenience that the corrupt pretenders in our government may force upon us in the coming months.

They’re literally willing to go to the extremes of labeling Anons and Q as “Domestic Terrorists” to stop a Constitutional movement. How desperate is that?

The reality? At most we’ve seen a few Patriots wrongfully arrested, but released and inconvenienced by legal proceedings. That’s it.

They’re hyping a narrative. You are not facing stazi-level abuse. No FBI agent is kicking down a door and shooting anyone in the head unless you go vertical, get violent, unlawful, and give them a reason to.

Remember that – all they have is their narrative war and propaganda. They

want to scare you into giving up. And they’re going to extremes on TV and on the Web to do it.

What that says to me is that they’re threatened by the populations around the world getting involved and disrupting their global economic power schemes. And rightly so. There’s way more of us than them.

So don’t forget that. Freedom isn’t free, but it’s worth sacrificing some convenience for, unifying under the Constitution despite our differences for, and working really damn hard for. 🇺🇸

How We Got Here

Around 1901 the loan was due, and the United States did not have the money to pay, so the legislators issued bonds to pay off the loan. The Rothschilds bought all the bonds and canceled the loan.

The bonds then came due around 1929. Yes . . . during the Great Depression (coincidence?). The Rothschilds agreed that, rather than again place the United States back under the control of Britain, they established a

Further, President Franklin Roosevelt changed the inauguration date from March 4 to January 20 so the ‘elite’ could speed up and control the election process better, thereby reducing the amount of time to “challenge” any election “abnormalities.”

Bushes, Clintons, and several other families) control all countries through our own CIA and FBI. They fund both sides of all wars and get rich from doing it. They coordinated the Twin Towers attack and all the other “false flag” ‘terrorist’ attacks. Why? Gold. Money. Oil. POWER. CONTROL.

In 1955, The United States almost went bankrupt on interest payments. When John F. Kennedy became President, he knew about the corruption and promised to destroy the CIA (at that time under George H. W. Bush as well as the Federal Reserve) and return the United States to a gold- and silver-backed currency instead of being controlled by the Federal Reserve and the rich ‘elite.’ George H. W. Bush coordinated President Kennedy’s assassination using the CIA.

At that time in 1963 there was a group of approximately 200 military generals who loved President Kennedy, who knew the truth, and who vowed to never allow the ‘elite’ to gain total control. Their goal was to return our country to a Constitutional Republic.

The problem has been getting a President who was not corrupt and bought by Communist China and the ‘elite’s’ money. MOST people in Congress, in the Senate, on the Supreme Court, and in the FBI and CIA were all corrupted and still are. The generals needed to get ONE president who was not bought/controlled.

In 2016 Donald J. Trump, after years of “behind-the-scenes” planning stepped forward. Donald J. Trump owed/owes no one. He loves America, and he could not/can not be bought.

The Generals took Donald J. Trump/President Trump under their wing, and they continued the plan to destroy our corrupt government and put all traitors in jail or have them executed for treason.

That is why President Trump signed the Executive Order in 2018 regarding foreign election interference fraud. He put $200 million into Gitmo to expand it to five times its size and in 2020 reinstated the federal death penalty in. He knew corruption and fraud were going to happen. The Military Intelligence and President Trump watched all the fraud/crime happen including the Georgia runoffs. 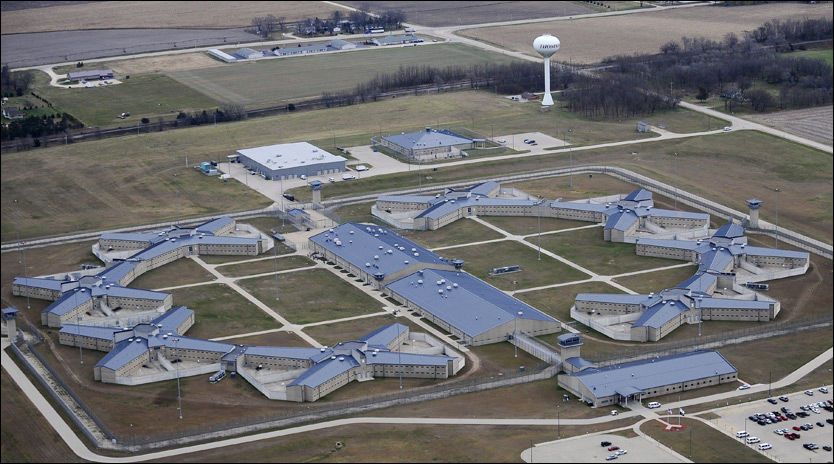 Both houses of Congress were provided with affidavits from the man in Rome who changed the votes from Trump to Biden as well as an affidavit from the Italian government. After court hearings this man provided a  government affidavit telling our military and the President exactly how it happened and the fact that Obama had taken $400 million from the $1.5

billion that Obama sent to Iran and placed it in an account at the Vatican bank to use to take Trump down from day one of his presidency.

These ‘elite’ people know that as long as Donald Trump is President they are all going to die or go to prison for their treason, corruption, theft of U.S. tax dollars, election fraud, selling of America, crimes against humanity, and killing American citizens on 9/11 to go to war to get Hussein’s gold, silver, oil, and American cash. In addition, they would use Halliburton to rebuild in which the Bushes and Cheney were “investors.”

President Trump was the first President who was for America FIRST. He worked to make us energy-, food-, and manufacturing-independent so we would not be dependent on any other country when he moved us away from the Central Bank. Ultimately, Communist China has been buying our politicians, banks, land, and manufacturing to usher in communism. Joe Biden is an integral part of their plan.