According to Science,  the pineal gland is the body’s internal clock and according to our ancient teachers, it is for our spiritual development. The pineal gland, is a pine-cone shaped gland of the endocrine system is near the center of the brain. It is said that the pinecone was revered by ancient pagan people as the fruit or seed of the evergreen, a symbol which is connected to ideas of eternal life. It has also been considered a phallic symbol for its shape and role in creating life. The pinecone is a symbol which can be found in many ancient civilizations and cultures around the world.

The pineal gland regulates the body’s circadian rhythms and produces and secretes the hormone melatonin. Circadian rhythms are the daily rhythms of the body, including signals that make someone feel tired, sleep, wake up, and feel alert; around the same time each day. The circadian rhythms also plays a crucial role in many other biological processes, such as hormone secretion, cardiovascular health, glucose homeostasis, and body temperature regulation. Energy balance is one of the most important cornerstones of metabolic processes, whereas energy imbalance is associated with many diseases such as obesity, diabetes, and cardiovascular disease, to name a few. Out of balance could mean sleeping too much or too little, feeling active and restless in the middle of the night, or feeling sleepy at unusual times. 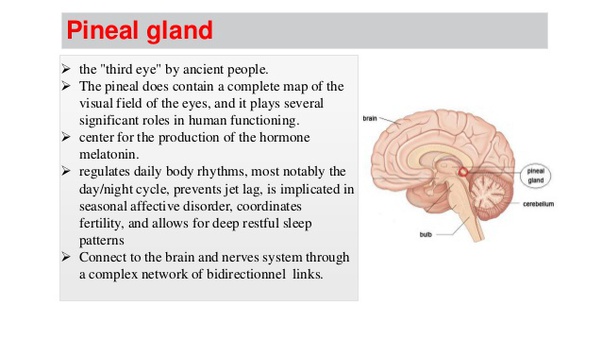 Another interesting discovery related to the neurons in our brain that may provide a better understanding of our third eye. Neurons have the ability to produce photons of light, known as “biophotons”. 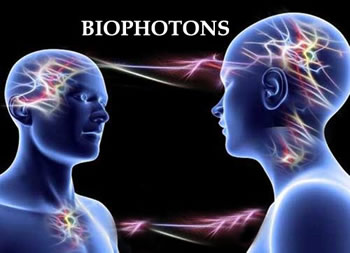 They are capable of communicating through light. The consciousness-like coherence properties of the biophoton fields are closely related and indicate its possible role as an interface to the non-physical realms of mind, psyche and consciousness. It might have Interdimensional qualities acting as a packet of information. It seems biophotons interact with our DNA. Perhaps that is what Jesus was saying in the Gospel of Thomas when he said, If they say to you, “Where have you come from?” say to them, “We have come from the light, from the place where the light came into being by itself, established itself, and appeared in their image.”

Based on our ancient teachers, the third eye or the 6th chakra, when activated, leads one to higher realms of consciousness. Ancient traditions knew of the pineal or third eye and all its mysteries. They knew of the pineal role in our spiritual development and communication with spiritual beings. Within Taoist self cultivation, the third eye, known as Ancestral Cavity, is located between and behind the eyes and serves as the cavity of profound and ancient knowledge and can be accessed through meditation and contemplation.

In Buddhism, the third eye refers to Eye of Consciousness, seeing the world beyond physical eyes. In Hinduism the third eye is the eye of spiritual wisdom and knowledge.

in Genesis 32:30, So Jacob named the place Peniel, for he said, “I have seen God face to face, yet my life has been preserved.”

In the Law of One, the third eye, the indigo-ray or 6th chakra is our gateway to connect with Infinite Intelligence. In order to connect, we have to unblock our energy centers, by dealing with the negative and positive emotions that has shaped our lives and freeing the pathways for the flow of energy.

Our pineal gland is already active. We all have some degree of intuition or discernment, a sense of knowing that will expand the more we unblock our energy centers and more energy begins to flow. The the pineal gland will grow stronger and may even awaken the Kundalini.

The light in the body is the single eye, our pineal gland, in the middle of the forehead seen in deep meditation, our gateway and connection to Infinite intelligence. We can perceive through our pineal gland, our spiritual eye, the love and light of the One Infinite Creator. By fixing the vision of the two eyes at the point between the eyebrows in the interiorized concentration of meditation, one can focus the positive negative optical energy of the right and left eyes and unite the currents in the sign eye of the divine light. The more we practice, the more the body and mind inwardly illumined with astral light and wisdom, receives indescribable joy and unending guidance of divine wisdom. 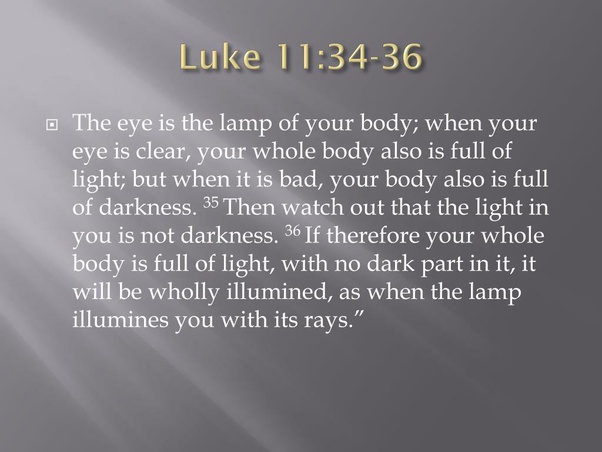 They weren’t about to repeat the mistakes of 2016! HERE WE GO! We will WIN! PRAY!