As the truth is being revealed,  we are learning the world is and was not as it seems. Our physical and metaphysical worlds are inseparable and today technology is being revealed before our very eyes.

On January 15, 1981  contact was made by an advanced extraterrestrial  or social memory complex from the 6th dimension to a Group at L/L Research. The group was Don Elkins, a former Physics Professor and Airline pilot, Carla Rueckert, a devoted Christian; , and James McCarty, the Scribe and sole survivor today. The contact was made so the group could ask questions and Ra would answer the question as long as it did not infringe on freewill.  The group recorded and documented over 2360 questions and answers in 106 sessions from 1981 to 1984. Answers were given in a scientific and metaphysical vocabulary. Of particular interest is the question and answer related the above video and the events in Ukraine with Russia. The question was asked on August 8, 1981.

65.8 Questioner: Are you saying then that this possible condition of war would be much more greatly spread across the surface of the globe than anything we have experienced in the past and therefore touch a larger percentage of the population in this form of catalyst?

Ra: I am Ra. This is correct. There are those now experimenting with one of the major weapons of this scenario, that is the so-called psychotronic group of devices which are being experimentally used to cause such alterations in wind and weather as will result in eventual famine. If this program is not countered and proves experimentally satisfactory, the methods in this scenario would be made public. There would then be what those whom you call Russians hope to be a bloodless invasion of their personnel in this and every land deemed valuable. However, the peoples of your culture have little propensity for bloodless surrender.

Another interesting question related to weather patterns was asked and answered by Ra.

8.7 Questioner: I’m puzzled by these craft that we have undersea bases for. They are [inaudible]. Is this technology sufficient to overshadow all other armaments? Do we have just the ability to fly in these craft or are there any weapons like there are… Were they given to us [inaudible] or are they just craft for transport? What is the basic mechanism of their [inaudible]? It’s really hard to believe is what I’m saying.

Ra: I am Ra. The craft are perhaps misnamed in some instances. It would be more appropriate to consider them as weaponry. The energy used is that of the field of electromagnetic energy which polarizes the Earth sphere. The weaponry is of two basic kinds: that which is called by your peoples psychotronic and that which is called by your peoples particle beam. The amount of destruction which is contained in this technology is considerable and the weapons have been used in many cases to alter weather patterns and to enhance the vibratory change which engulfs your planet at this time.

It is also interesting to note that in session 11:18  Ra spoke of mind control and enslavement by their own freewill.   We that operation mockingbird?

Questioner: Then we have crusaders from Orion coming to this planet for mind control purposes. How do they do this?

Ra: I am Ra. As all, they follow the Law of One observing free will. Contact is made with those who call. Those then upon the planetary sphere act much as do you to disseminate the attitudes and philosophy of their particular understanding of the Law of One which is service to self. These become the elite. Through these, the attempt begins to create a condition whereby the remainder of the planetary entities are enslaved by their free will.

The Law of One is a wonderful source of information. It takes you on a spiritual adventure revealing our purpose of existence and the consequences of our behavior.  It is about love, light, wisdom, free-will and seeking the truth and as you see hints about our future. .

Scott Mandelker, PhD, said this  is “One of the most important spiritual documents

since Jesus”, and through  a dream I was told “Ra is the largest unspoken truth”.   The Law of One transcript, with search options, is available for free.  Scott Mandelker PhD, is an excellent teacher and his understanding and reading  for the  complete Law of One series  is available on YouTube.

“We have watched your group. We have been called to your group, for you have a need for the diversity of experiences in channeling which go with a more intensive, or as you might call it, advanced approach to the system of studying the patterns of the illusions of your body, your mind, and your spirit, which you call seeking the truth. We hope to offer you a somewhat different slant upon the information which is always and ever the same.”

That was the initial contacted by an advanced extraterrestrials from the sixth density or dimension named Ra, also known as a Social Memory Complex.  Ra contacted  L/L Research  (Love and Light)  because of the three members cohesiveness.  The  L&L members were  Don Elkins, a 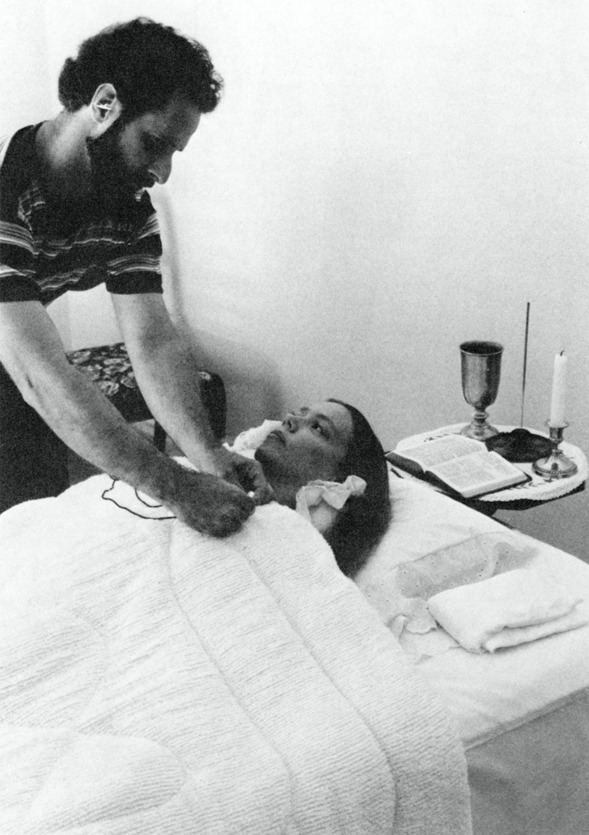 former Physics Professor and Airline pilot; Carla Rueckert, the instrument RA used for channeling known as “tuned trance telepathy”, a devoted Christian;  and James McCarty, the scribe and sole survivor today.  The contacted lasted from 1981 to 1984 totaling 106 sessions through  “tuned trance telepathy”.  During those years Don asked  2360 questions and RA provided answers that addressed much that is happening  in our world today.  Answers would not be given if it  infringe on free-will.   James McCarthy recorded and documented each session and is known as the The Law of One.  The Law of One is rich, vast and esoteric with the some of the same conceptual teachings all religions.    According to RA ,  “The information buried within has to do with a deeper understanding of love and light, and the attempts of infinite intelligence through many messengers to teach/learn those entities of your sphere”.

Scott Mandelker PhD, said this material is “One of the most important spiritual documents since Jesus”.  Scott  has been studying the material most of his life and has dedicated his time, wisdom and understanding to a  very important message.  His reading and commentary  can be found in his each of his 226 videos of   Law of One series ,  available on YouTube.  The videos are labeled by session corresponding with the online database.

The Science of Channeling  webinar, CHI colleague and IONS Director of Research, Dr. Helané Wahbeh,  speaks about the overwhelming amount of scientific evidence for psychic phenomena thanks to a branch of scientific study we call noetic science. The word “noetic” comes from a Greek word meaning intuitive knowing or mystical awareness. Dr. Wahbeh comes from a long line of trance channelers so she brings a unique lens to the scientific study of channeling.

The Science of Channeling

To know the self is to know the universe. An entity which does not know itself sees many things and believes them. An entity which starts upon the path of spiritual seeking finds one after another landmark disappearing. It realizes that it does not know anything, that it cannot depend upon its five senses or upon logical thought in order to make skillful choices within third density.

Perhaps the goal of knowing the self in the end is to find that one does not know and cannot understand, except within that great open and radiant energy which is called the heart. – Q’uo

MONOPOLY – Who owns the world? Documentary by Tim Gielen