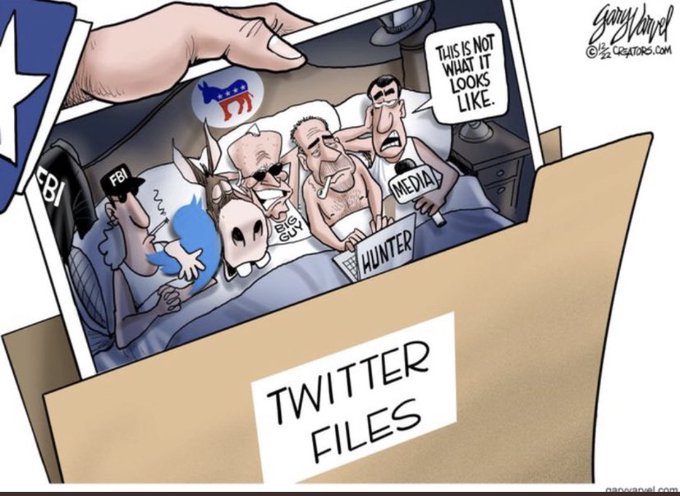 People Who Pushed Idea of Universal Vaccination Are ‘Guilty of Crimes Against Humanity’: Former Pfizer VP

Former Pfizer VP Michael Yeadon maintains that since the infection fatality ratio of COVID-19 has not been high, the vaccines should not have been mandated.

Moreover, he heavily blasted the corporate media mantras that designate these as safe, effective, and necessary to end the CCP (Chinese Communist Party) virus pandemic.

Yeadon is a big pharma veteran with 32 years in the industry. He worked as the head of allergy and respiratory research at Pfizer from 1995 to 2011 and is the former founder and CEO of Ziarco, a biotech company acquired by Novartis. Furthermore, he has a doctorate in respiratory pharmacology and holds a Double First Class Honors degree in biochemistry and toxicology.

“The worst flu season over the last decade is worse than [the threat] posed by this new virus,” Yeadon told The Epoch Times via email.

“And what do we do in response to seasonal influenza? Well, nothing really, beyond offering—and not mandating—vaccines which aren’t much use.”

Of important note is that the exact number of fatalities in China, where the virus originated, has been suppressed by the communist regime and could be 366 times the official figure.

Yeadon said that being sure the vaccines would cause no harm in the long run should have been imperative.

“It was never appropriate to attempt to ‘end the pandemic’ with a novel technology vaccine. In a public health mass intervention, safety is the top priority, more so even than effectiveness, because so many people will receive it,” Yeadon states in a document he sent to The Epoch Times.

“It’s simply not possible to obtain data demonstrating adequate longitudinal safety in the time period any pandemic can last. Those who pushed this line of argument and enabled the gene-based agents to be injected needlessly into billions of innocent people are guilty of crimes against humanity.”

Yeadon argues that natural immunity was obviously stronger than any protection from the jabs, and cited an article by Dr. Paul Alexander that has over 150 studies attesting to naturally acquired immunity to COVID-19.

Yeadon feels that the novel vaccines should have not been given emergency use authorization (EUA) and that if he were directing the pandemic response, children, pregnant women, and people who already had contracted the virus would have been given a red light on the jabs.

“I would have outright denied their use in children, in pregnancy, and in the infected/recovered. Point blank. I’d need years of safe use before contemplating an alteration of this stance.”

He further argues that the vaccines were sure to be toxic and it was only a matter of degree of toxicity.

“Having selected spike protein to be expressed, a protein which causes blood clotting to be initiated, a risk of thromboembolic adverse events was burned into the design. Nothing at all limits the amount of spike protein to be made in response to a given dose. Some individuals make a little and only briefly. The other end of a normal range results in synthesis of copious amounts of spike protein for a prolonged period. The locations in which this pathological event occurred, as well as where on the spectrum, in my view played a pivotal role in whether the victim experienced adverse events including death,” Yeadon said.

“There are many other pathologies flowing from the design of these agents, including for the mRNA ‘vaccines’ that lipid nanoparticle formulations leave the injection site and home to liver and ovaries, among other organs, but this evidence is enough to get started.”

Kiev Has Killed 14,000 Civilians Since 2014, Guilty of Crimes Against Humanity, Morales Says

Earlier this month, a physician said that he has been seeing an unusual amount of fetal death and miscarriages linked to the COVID-19 vaccines—according to his observations—and noted that mRNA products, contained in nanoparticles, accumulate in the ovaries.

“From data that we have, there appears to be a concentration of the lipid nanoparticles, which are very, very small particles, which are in the vaccine that are injected into the arm,” Dr. James Thorp told The Epoch Times, “and then the vast majority of those are dispersed throughout the entire body.”

A lipid nanoparticle is a fat-soluble membrane that is the cargo of the messenger RNA.

“They appear to concentrate in the ovaries, and they appear to cross all God-made barriers in the human body, the blood-brain barrier, the placental barrier during pregnancy, into the fetal bloodstream, and all the fetal tissues inside the womb, crossing the blood-brain barrier in the fetus, the baby in the womb, which is very concerning,” he noted, since the eggs produced by women are limited in number, and they would be “exposed to a potentially disastrous toxic lipid nanoparticle.”

Another concern that Yeadon had not noticed during his initial study was that “the mRNA products (Pfizer & Moderna) would accumulate in ovaries.”

“An FOI request to the Japanese Medicines Agency revealed that product accumulation in ovaries occurred in experiments in rodents,” Yeadon said. “I searched the literature based on these specific concerns and found a 2012 review, explicitly drawing attention to the evidence that the lipid nanoparticle formulations as a class do, in fact, accumulate in ovaries and may represent an unappreciated reproductive risk to humans. This was ‘a well known problem’ to experts in that field.”

A 2012 study says that after testing with different mouse species and Wistar rats, “a high local accumulation of nanoparticles, nanocapsules, and nanoemulsions in specific locations of the ovaries was found in all animals.”

Referring to the study, Yeadon told The Epoch Times that “the authors tell untruths. They say something like ‘there was no increase in anti-syncytin-1 antibodies.’”

“No, that’s wrong. Their data is clearly 2.5X increased after vaccination and obviously statistically significant (functional significance is looking confirmed by the miscarriage rate),” Yeadon noted.

“What they’ve done is cute. They’ve chosen a completely arbitrary level they scribed on the figure below which they claim nothing matters. No evidence whatsoever for that claim. In fact, in the discussion, they confess we don’t know the relationship between antibodies and the impact on function.”

Yeadon believes that the pharmaceutical industry “definitely knew,” since 2012, that the lipid nanoparticles would accumulate in the ovaries of women that took the vaccines.

“No one in the industry or in leading media could claim ‘they didn’t know about these risks to successful pregnancy.’”

Another recent study found that Pfizer’s COVID-19 vaccine goes into liver cells and is converted to DNA, a process called reverse-transcription.

Hemp and Cannabis were put on this planet to meet all of our needs for food, medical,  textile, paper, construction. etc.

The elites  got rid of one of the most versatile crop to replace it with inferior ones  and gave us plastics.

This was done intentionally so they can profit, make the planet suffer and cause harm to us.

Support businesses selling hemp materials in order to help save our planet.

The trial ran from November 1945 to October 1946 and tried the core military and political leaders of Germany for crimes against humanity. The

Nuremberg code rules were established during a conference in London and were put forth in the Charter of the International Military Tribunal of August 8, 1945. The charter defined four categories by which each defendant would be judged. These basically included conspiracy or planning to commit crimes against peace or humanity; committing crimes against peace; war crimes, which included the murder, abuse, or enslavement of civilian populations, prisoners, or the deliberate destruction of property, and ‘crimes against humanity’, which meant the extermination and murder of civilians based on their political, racial, or religious affiliation. Does that sound anything like the Plandemic?

Del Bigtree is an American television and film producer as well as CEO of the anti-vaccination group Informed Consent Action Network.

As Athletes are Dropping, Pfizer’s in Panic Mode, Warning Their Investors of a Stock Price Collapse.  Del Bigtree: “Pfizer sent out sort of an emergency statement to all the stockholders saying we need to have a meeting to discuss that we think we’re gonna see some earnings drops based on some things that are gonna come out about some dangers of ‘potential’ side effects of the vaccine.”

“This is Genocide!” Todd Callender, Attorney of the Disabled Rights Advocates

Dr. John Bergman explains the 10 codes that make up the Nuremberg Code and how big pharma have been breaking them consistently for a very long  time.

People with three doses have seen their protection against infection drop considerably following the emergence of the Omicron variant of SARS-CoV-2, also known as the CCP (Chinese Communist Party) virus.

That prompted Israeli regulators to clear a fourth dose, or second booster, of Pfizer’s jab in January.

While protection against infection did shoot up initially after the fourth dose, hitting 64 percent during the third week, it rapidly declined thereafter and hit 29 percent by 10 weeks post-administration, Israeli researchers found.

“It appears that effectiveness of the fourth dose wanes sooner, similarly to the fact that the third dose wants sooner than the second dose,” they wrote in the paper, which was published as a preprint.

Pfizer and its partner, BioNTech, on March 15 asked U.S. regulators to authorize second boosters for all elderly people. The request was based on Israeli data that the companies said shows the additional shot lowers rates of infections.

The new study saw researchers with Maccabi Healthcare Services and Yale School of Public Health analyze data from the services’ database, which covers approximately 2.5 million people, or over a quarter of the population in Israel.

All people in the database aged 60 or older were included in the analysis, exempting individuals who tested positive for COVID-19 before the start of the study period, or Jan. 10, and those who joined the database after March 2020.

Researchers counted who people tested positive for COVID-19 seven or more days after inoculation with the vaccine as well as people whose infections despite being vaccinated resulted in hospitalization or death.

Limitations of the paper, which was funded by Maccabi, include researchers only looking at 10 weeks of data.

Protection against symptomatic disease was estimated as higher for both groups, but was still under 50 percent.

Researchers were not able to estimate protection against severe disease.

U.S. regulators plan to consult an advisory panel on whether more boosters are needed in April.